2000
December, 14
First Contract
Contract on a paper napkin
On 14 December, few months after Messi’s trial, an ultimatum was issued for Barcelona to prove their commitment. First team director Carles Rexach didn't have any paper nearby, but his urgency to sign Messi made him write the contract on a paper napkin.
2004
October, 16
First Appearance
First appearance in an official match

After being called up to the senior team, Messi made his first appearance in an official match on October 16, 2004, against Espanyol in La Liga, coming on in the 82' minute. 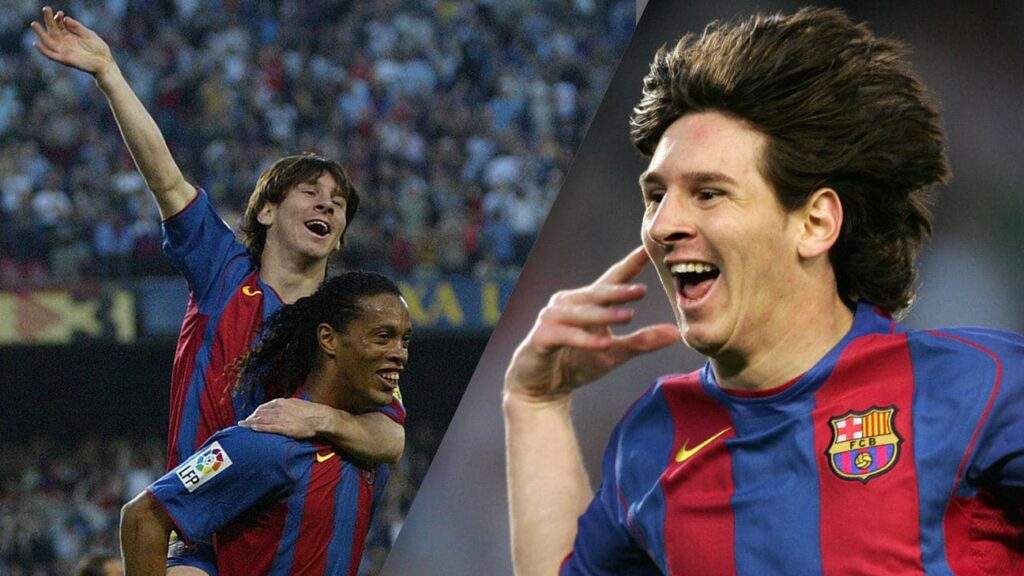 Messi scored his first goal on May 1, 2005, against Albacete, assisted by Ronaldinho, becoming the youngest ever goalscorer for the club at that time.

Messi led Argentina to trophy in the 2005 FIFA Youth Championship. Before the final, Messi was awarded the Golden Ball as the tournament's best player.

He scored twice in the final against Nigeria (2-1) winning the championship for Argentina and finishing the tournament as the top scorer with 6 goals.

Messi made his first-team international debut in August 2005, during a friendly game against Hungary. Messi was sent off just one minute after he entered the field. There are still debates on whether he actually deserved the red card. 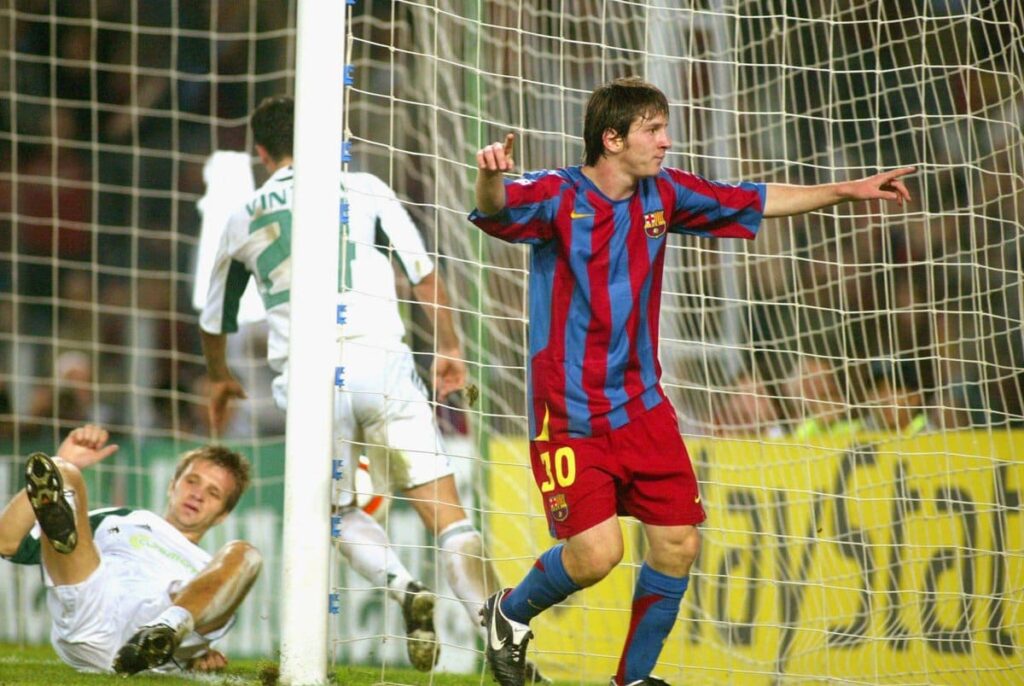 On November 2, 2005, Lionel Messi scored his first Champions League goal at the age of 18, against the Greek team Panathinaikos in a 5-0 win at Camp Nou.
2007
March, 10
First Hat-trick
First Hat-trick
On March 10, in El Clasico against Real Madrid, Messi scored his first hat-trick in a 3-3 draw, even though Barcelona had 10 players. Messi became the first player to score a hat-trick in El Clasico, since Ivan Zamorano (for Real Madrid in the 94–95 season).
2008
August, 23
Olympic Games
Gold Medal at Olympic Games 2008
Following a 3-0 semifinal win over Brazil, Messi assisted on the only goal in the final as Argentina defeated Nigeria to win the gold medal at the 2008 Summer Olympics.
2009
December, 1
Ballon d'Or nr1
First Ballon d'Or
At the age of 22, Messi won his first Ballon d'Or and FIFA Award for Best Player of the Year, both awards with the largest voting margin in the history of each trophy at that time.
2009/10
Season 2009/10
First Golden Shoe
First Golden Shoe
Messi won his first Golden Shoe as the top scorer of season 2009/10 with 34 goals. He helped Barcelona win La Liga trophy for the second year in a row, with just one loss (by Atletico Madrid 2-1).
2012
Year 2012
Record Breaker
A Record Breaking Year 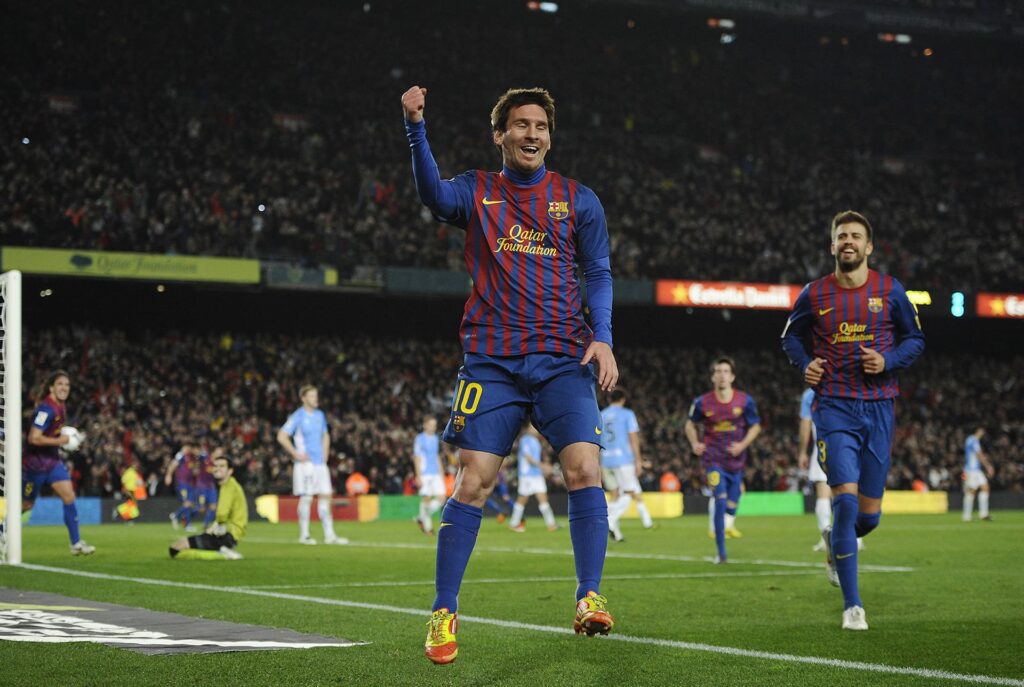 Messi ended the season as the top scorer in Spain and Europe with 50 goals, a record in La Liga, while his 73 goals in all competitions surpassed 67 goals from Gerd Muller in the 1972-73 Bundesliga season, making Messi the best scorer in European football history in a single season.

At the end of the year, Messi had a record of 91 goals in all competitions with Barcelona and Argentina, surpassing Gerd Muller's 85 goals in 1972 for Bayern Munich and Germany.

On March 16 in the 7-0 win over Osasuna for the league, Messi scored a hat-trick and reached a total of 371 goals in all competitions (including friendlies) with Barcelona, surpassing the record of 369 goals Paulino Alcantara held for many years.

Alcantara played with Barcelona between 1912-1927 scoring 142 goals in official and 227 in friendly games.

Messi broke the record by scoring 344 in official games and 27 in friendlies.

Substitute Mario Götze scored in the 113th minute and Germany won the game 1-0 to win the Fifa World Cup. At the conclusion of the final, Messi was awarded the Golden Ball as the tournament's best player. 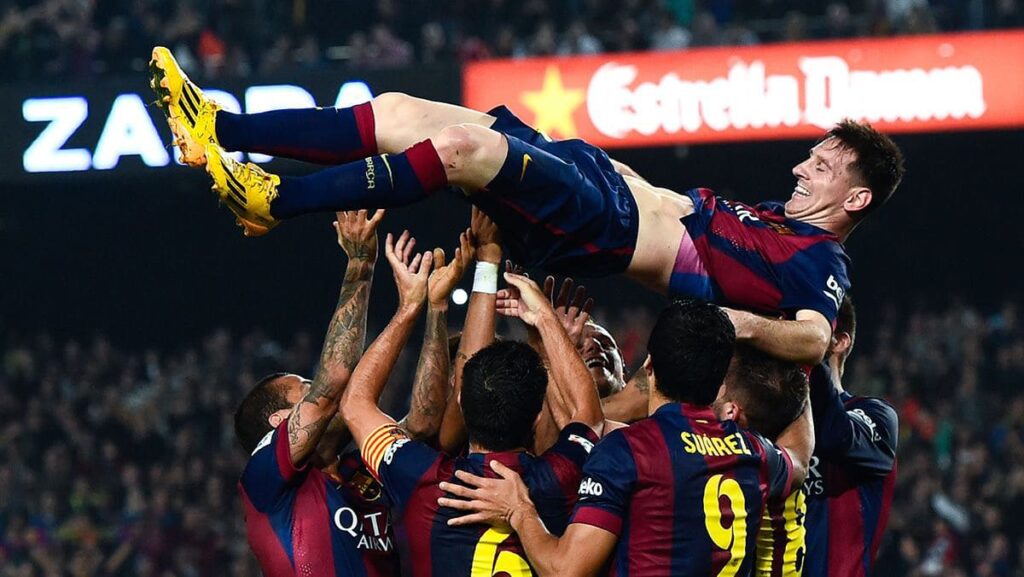 Messi scored a hat-trick against Sevilla on November 22 which made him the top scorer in La Liga after surpassing the 59-year record of 251 goals held by Telmo Zarra.
2016
July, 21
Argentina's Top Scorer
Top Scorer With National Team

At Copa America 2016, in the quarter-final against Venezuela, Messi performed another great performance by assisting two goals and scoring another in a 4-1 victory, which made it equal to the 54-goal record held by Gabriel Batistuta.

That record was broken three days later, when Messi scored a free-kick in a 4-0 win against USA in semifinals. 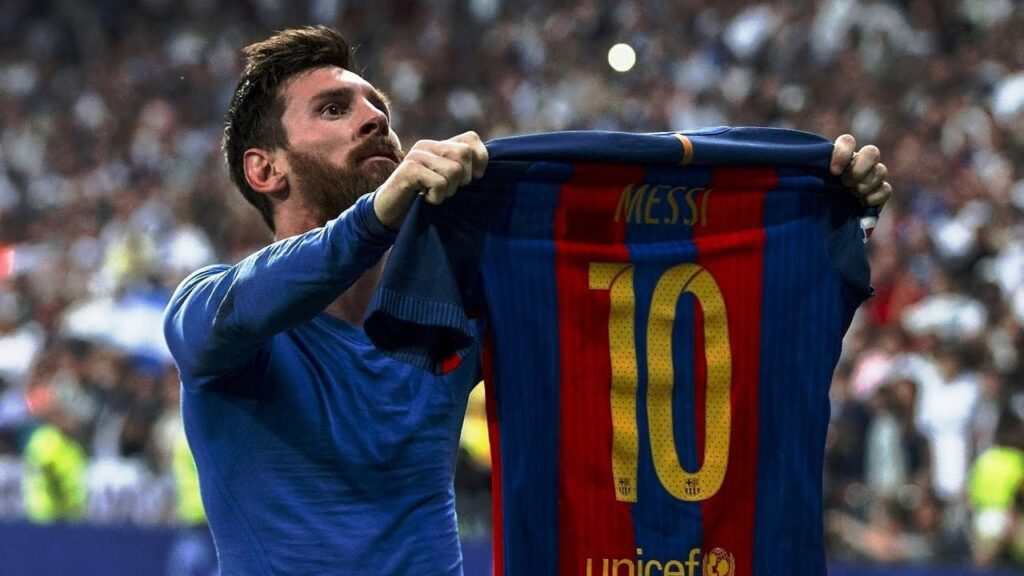 On April 23, Messi scored twice in a 3-2 win over Real Madrid in Santiago Bernabeu. The goal he scored in overtime and gave Barcelona the win was the 500th goal with Barcelona in all competitions, celebrating it in a special way by showing the jersey to the fans of the stadium.

Lionel Messi broke the Brazilian legend's goal record, scoring his 644th goal in all competitions for Barcelona, ​​making him the top scorer with a single club.

Pele scored 643 with Santos in his native country, a record that stood for 46 years until Messi broke it in the 0-3 victory over Real Valladolid.

2021
August, 10
PSG Transfer
The Transfer that Shocked the World 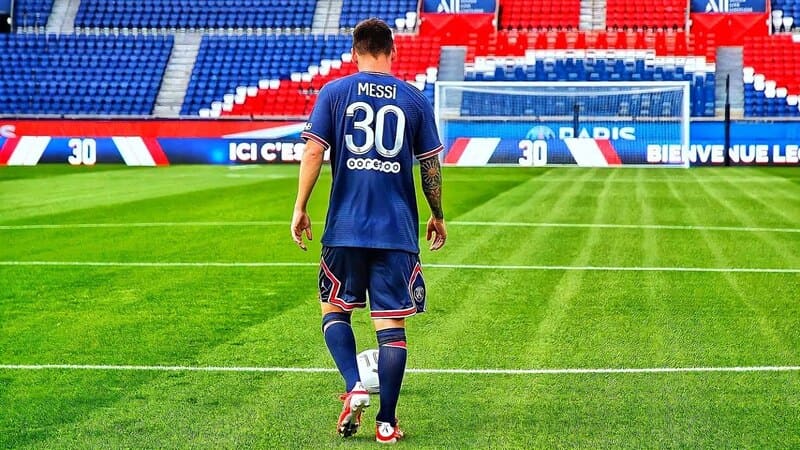 After joining Barcelona at age 13 and 35 trophies won, Messi completed a free transfer at French club Paris Saint-Germain, following the expiration of his contract at Barcelona.

Messi will wear the No 30 shirt for PSG, which was the number he wore on his Barcelona debut in 2003.

This website uses cookies to improve your experience while you navigate through the website. Out of these, the cookies that are categorized as necessary are stored on your browser as they are essential for the working of basic functionalities of the website. We also use third-party cookies that help us analyze and understand how you use this website. These cookies will be stored in your browser only with your consent. You also have the option to opt-out of these cookies. But opting out of some of these cookies may affect your browsing experience.
Necessary Always Enabled
Necessary cookies are absolutely essential for the website to function properly. These cookies ensure basic functionalities and security features of the website, anonymously.
SAVE & ACCEPT